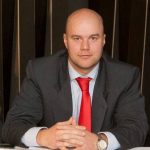 Fotios Spyropoulos is a Doctor of Criminal Law and Criminology at the University of Athens Law School. He is a postdoctoral researcher at the University of Western Attica, conducting Hellenic Foundation for Research and Innovation (HFRI)’ s work on the legal treatment of fake news. He also teaches at Western University as well as at the Greek Open University. He has been a Full Professor of Criminal Law and a Full Professor of Criminology at the School of Fire Officers. He has collaborated as a Professor at undergraduate and postgraduate level with the University of Western Attica and TEI of Western Greece and has given dozens of lectures in Greece as well as at universities abroad as a Visiting Professor or Researcher (eg ADA University in Azerbaijan). He has also lectured at scientific conferences in Greece and abroad, has published or edited the publication of three scientific books, and has authored more than 40 scientific articles in scientific journals. Dr. Fotios Spyropoulos has been Greece’s representative to the European Commission on Consumer Affairs, has participated in lawmaking committees and has collaborated with civil society actors at national and supranational levels (including: with Transparency International as a scientific advisor for Greek assessment Presidency of the EU Council in 2014, with INKA as Legal Advisor, etc.).

His dissertation thesis was on the complex issue of legal treatment of hacking under the supervision of Professor Nestoras Kourakis and for the preparation of his thesis he was awarded the “Heraclitus II” scholarship – he was among the candidates who were awarded this degree (10.00 / 10.00). His dissertation was accepted by the Department of Law at the University of Athens with “Excellent Unanimously. e studied Law at the National and Kapodistrian University of Athens. He has completed postgraduate studies in Criminal Law and Court Procedure (Master) (2006 – 2008) and Criminology (Master with “Excellent”) (2008 – 2010) at the same University. He has attended law, political science, sociology, criminology and forensic science courses at the University of Liege (Belgium). In addition, he completed his studies and received a degree from the Department of International and European Studies of the University of Piraeus.

Dr. Fotios Spyropoulos is a member of several scientific associations (e.g. European Society of Criminology, Association of Greek Criminal Lawyers, etc.). Since 2014 he is a founding member, member of the Board of Directors and Vice President of the Crime Study Center. Finally, he is a practicing litigation lawyer and a managing partner of the company “SPYROPOULOS LAW FIRM” and has represented his clients in some of the biggest lawsuits of the last decade. He is a member of the Athens Bar Association and as a financial advisor a member of the Economic Chamber of Greece.